With inflation surging, the Bank of Canada has embarked on a new program of policy normalization. At its last policy meeting, the central bank raised its interest rate by half a percentage point, to 1 per cent, and signalled that it would soon start to reduce its balance sheet, a process known as quantitative tightening.

The moves, which were widely expected, are part of a general move around the world - including Canada - to tighter financial conditions. Two broad factors are behind the Bank of Canada's change in policy:

Beyond raising interest rates, the Bank of Canada has to contend with a ballooning balance sheet, which increased almost five-fold since the pandemic began, compared with a 114 per cent increase for the Federal Reserve.

Now, with quantitative tightening on the horizon, the bank said it would stop replacing maturing securities on its balance sheet, allowing expiring assets to roll off and reducing the overall size. An outright selling off of assets in the near future would not be surprising.

Nonetheless, monetary policies take time to work through the market, so one should not expect magic. Inflation will remain around 6 per cent in the coming months before the effects of rising interest rates are felt.

Amid the uncertainty, the Canadian economy is well positioned to grow this year given its competitive advantages in the commodities and energy sectors. For this reason, a rate hike is a given in the Bank of Canada's next announcement in June, and a 50 basis-point increase would not be out of the question.

The deterioration in financial conditions

Central banks now recognize that monetary policy is transmitted to the economy through financial conditions. The Bank of Canada noted in its April statement that global financial conditions have been tightening, a result of a universal switch to policy-hike regimes among developed economies in recent months.

The interest-rate markets were already anticipating this response by the central banks to the worldwide surge in inflation, which is occurring in an era of product shortages and a surge in demand during the recovery from the pandemic. Add to that Russia's invasion of Ukraine, and perceptions of inflation are almost certain to rise.

The RSM Canada Financial Conditions Index is a composite measure of financial accommodation or risk priced into financial assets in the commodity, equity, money and bond markets.

These values suggest a drag on the economy in the coming quarters as the propensity to borrow or lend declines. 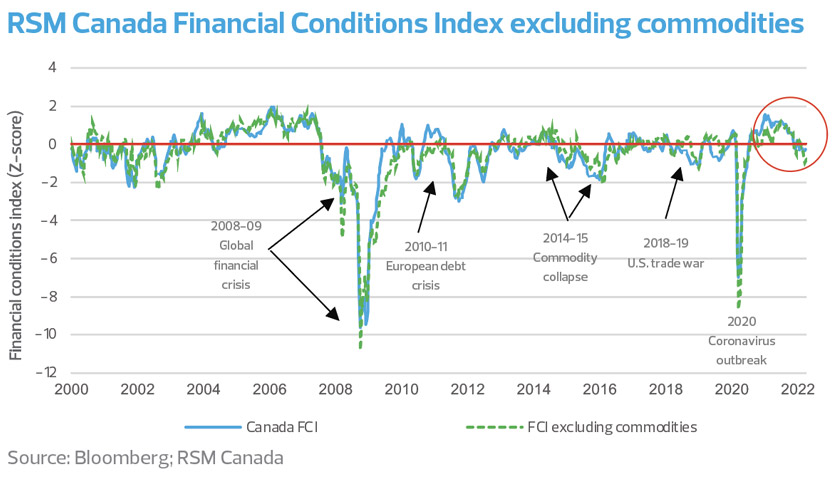 The markets had good reason to expect the Bank of Canada to continue the process of getting interest rates back to reasonable levels.

There was the prospect of political stability within a coalition government through 2025 and an economy growing at a healthy 3.5 per cent annual rate. In addition, the bank's measure of core inflation (excluding food and energy) was approaching 5 per cent, and the unemployment rate had fallen to 5.3 per cent. It was

time to move interest rates off the zero lower bound. 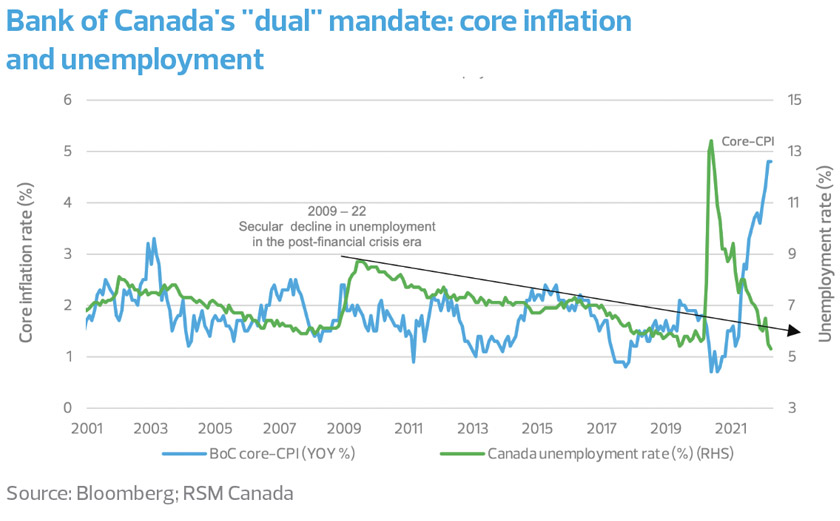 The forward markets have been expecting the policy rate to reach 2.5 per cent by the end of the year. That would translate into direct upward pressure on money-market rates, while the drawdown of the bank's balance sheet will likewise relieve downward pressure on long-term interest rates.

To the extent that inflation expectations determine the level of actual inflation, it is important that the Bank of Canada retains the public confidence in its mandate for price stability. And should the geopolitical situation deteriorate further, the bank needs to have at least some policy leeway. 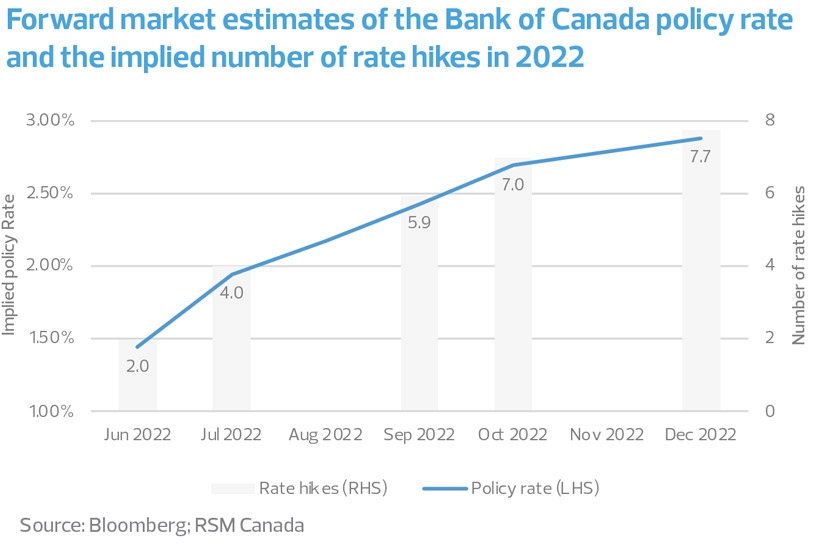 Monetary policy's impact on the economy

A sustained rate-hike regime would push interest rates higher all along the yield curve, increasing the costs of day-to-day commerce and longer-term business investment, while increasing the cost of consumer credit and carrying costs for homeowners.

Those increased costs should crimp consumer spending and dampen investment in the housing market, all of which should moderate growth and temper inflation. 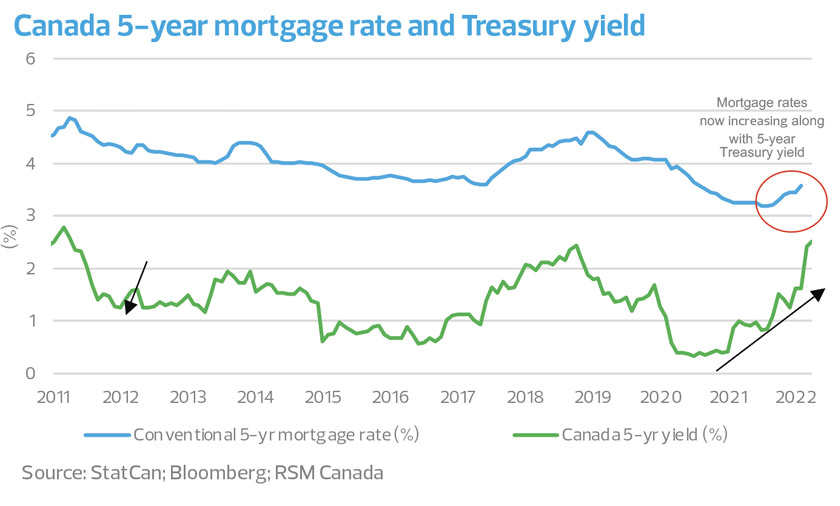 This article was written by Tu Nguyen and originally appeared on 2022-05-17 RSM Canada, and is available online at https://rsmcanada.com/insights/economics/canadas-middle-market-girds-for-tighter-financial-conditions.html.